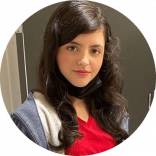 Barcelona is a beautiful city with a lot to offer tourists, but there are definitely some times of year that are better to visit than others. If you’re planning a trip to Barcelona, you’ll want to avoid the following times:

The peak of summer is not the best time to visit Barcelona. Not only is it incredibly hot during these months, but also a lot of businesses close down for vacation. This can make it difficult to find places to eat, drink, and shop. If you do decide to visit during July or August, be sure to pack plenty of sunscreen and stay hydrated!

While Barcelona doesn’t get as cold as some other European cities, the weather can still be quite dreary during the winter months. Plus, many businesses close down for the holidays from mid-December through early January. If you’re looking for a festive atmosphere, you might be better off visiting another city during this time.

Barcelona is a popular destination for European tourists, which means that the city can get quite crowded on weekends and holidays. If you’re looking for a more relaxed vacation, you might want to consider visiting during the week instead. Of course, this isn’t always possible for everyone. Just be aware that you may have to deal with larger crowds if you do visit on a weekend or holiday.

What are the rainiest months in Barcelona?

Barcelona experiences a Mediterranean climate, which means that it has hot, dry summers and mild, wet winters.

The rainiest months in Barcelona are October, November, and December. During these months, the city receives an average of 3-4 inches (7.6-10 cm) of precipitation. This is largely due to the city’s location on the Mediterranean Sea.

The sea moderates the climate in Barcelona, making it milder and more humid than inland Spain. As a result, Barcelona experiences more rainfall than other parts of the country.

While the rain can be a nuisance for tourists who are trying to enjoy the city’s many attractions, it also helps to keep the city green and lush throughout the year.

What should I avoid in Barcelona?

Barcelona is a beautiful city with a lot to offer tourists, but it also has its share of tourist traps. If you’re planning a trip to Barcelona, make sure to avoid these 10 traps!

1. Las Ramblas – Las Ramblas is a 1.2-kilometer-long pedestrian street in Barcelona that is packed with tourists. While it’s definitely worth checking out, be prepared for pickpockets and overpriced souvenirs. If you want to avoid crowds, visit early in the morning or late at night.

3. La Boqueria Market – La Boqueria Market is Barcelona’s most famous food market, and it’s definitely worth a visit if you’re interested in trying some local specialties. However, the prices can be quite high, so unless you’re willing to spend a bit of money, you might want to give this one a miss.

4. Tapas Tours – Tapas tours are becoming increasingly popular in Barcelona, but they’re often overpriced and not particularly authentic. If you’re interested in trying some tapas, your best bet is to head to a local restaurant or bar rather than signing up for a tour.

5. The Beach – The beach is one of Barcelona’s biggest attractions, but it can get very crowded during the summer months. If you’re looking for a more relaxed experience, visit one of the city’s many parks instead.

6. Guell Park – Guell Park is another one of Gaudi’s works, and while it’s definitely worth seeing, it’s also very popular with tourists. Be prepared for large crowds and long lines if you decide to visit this park.

7. Camp Nou Stadium – Camp Nou Stadium is the home of FC Barcelona, and while it’s definitely worth visiting for fans of the team, non-fans might find it a bit pricey and not particularly interesting.

8 . La Pedrera – La Pedrera is yet another one of Gaudi’s works, and while it’s certainly worth seeing, it can be quite expensive to enter. If you’re on a budget, consider visiting one of the other many parks or museums in Barcelona instead.

Barcelona is an amazing city with plenty to see and do, but there are also plenty of tourist traps. To make sure you have an enjoyable trip, avoid these traps!

Barcelona is a beautiful city with plenty of attractions to keep visitors entertained. However, there are certain times of the year when it is best to avoid due to the large crowds and high prices. The summer months are the busiest time of year, as tourists flock to the city to enjoy the Mediterranean climate.

This can make it difficult to find accommodation and tickets for attractions sell out quickly.

Another busy time is during Easter when many Spaniards take their annual holidays. If you want to avoid crowds and save money, autumn or winter is the best time to visit Barcelona.

The weather is still pleasant but there are fewer tourists, so you can enjoy the city at a more relaxed pace.